Or enter in your email address so we can contact you:

Take the opportunity to experience a day out with a difference by booking Loughborough Minibus hire. The Northamptonshire town of Kettering is steeped in history, with its origins dating back to an early Roman settlement. Of the many notable attractions in the town are Wicksteed Park, Boughton House and Kelmarsh Hall, while there is also an ample supply of leisure facilities in the area.

You can also use Loughborough Minibus hire to treat the kids to a day trip they will never forget. The oldest amusement park in the country, the 147 acre Wicksteed Park is found in Kettering. Dating from 1916, the park boasts some of its original attractions, which are joined by recent additions such as a monorail and a rollercoaster. Boughton House is known as the ‘English Versailles’, and its gardens have retained their 17th-century appeal. The Triangular Lodge is a curious building that dates from 1597; the building was built on three levels, each with three walls, three windows and three gables, and it boasts a three-sided chimney.

Book Now Get a Free Quote 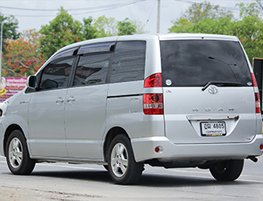